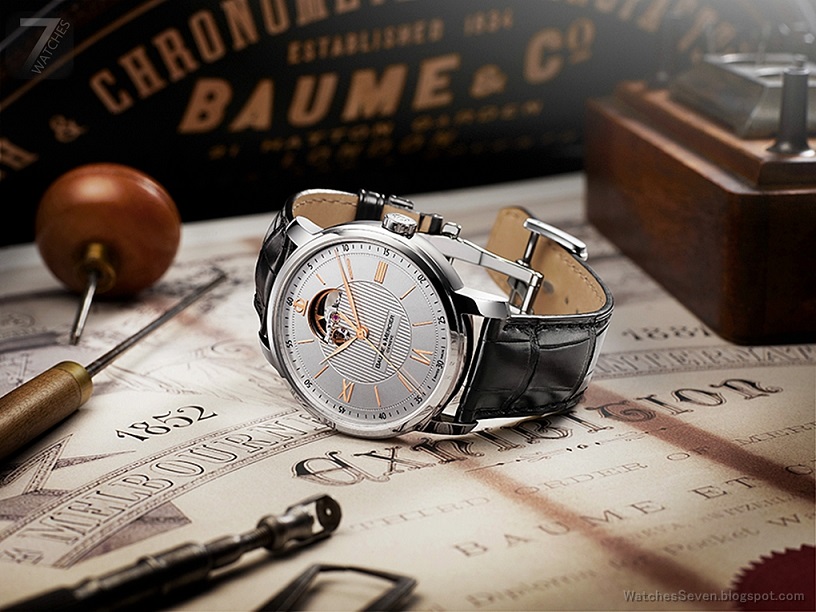 16 years ago, Beijing successfully held the first “Watches & Wonders”. In 2013, “Watches & Wonders” restarted in Hong Kong, China, and then moved to Miami, USA in 2018. Since then, there have been more “Miracles”. The suffix of a place name. In October last year, the Swiss Foundation for Fine Watchmaking (FHH) announced that the 2020 SIHH Watch Fair was officially renamed “Watches & Wonders Geneva”, which made the 29th SIHH unable to “stand” at “30”, but ” The Geneva first exhibition of Watches & Wonders was cancelled due to the epidemic.

Condensing The World Of Precision – A. Lange & Söhne

Lange, a model of German watchmaking, celebrates its 175th anniversary this year, and has continued its watchmaking aesthetics in the layout of the exhibition hall. The simple gray-black exterior wall only has the brand logo, the 175th anniversary and three new debuts, while the interior of the exhibition hall is like the movement exposed on the back of the watch, so delicate that it makes people cry.

Dominating the center of the exhibition hall is the miniature sand table of Glashütte, a major watchmaking town in Germany, Dresden, the cradle of Saxon culture, and Berlin, the capital of Germany. The architectural scene of the small town of Glashütte consists of the A. Lange & Söhne watch factory at the foot of the Erzgebirge Mountains, the A. Lange & Söhne headquarters and a monument. It means that the founder of the Lange brand, Ferdinando Adolf Lange, founded the Lange watch factory here in 1845 and served as mayor here for 18 years. The Dresden scene in the capital of Saxony is composed of Semper Opera, Zwinger Palace and Frauenkirche Cathedral. The young Adolf Lange used to learn from the famous court watchmaker Gutkees here.

The scene in the German capital Berlin is a symbol of the rebirth of A. Lange & Söhne’s Nirvana. In 1990, the fall of the Berlin Wall became a key opportunity for A. Lange & Söhne to return to the world of fine watchmaking. In 1994, Walter Lange, the fourth-generation heir of the Lange family, led outstanding designers and watchmakers to create unique pieces in just four years, making this German haute watch brand bloom again. Glory.
The influence of the booming development of the German railway between Dresden and Leipzig on the aesthetics of Saxon precision watchmaking.

The black squares on the walls of the Long Exhibition are the deconstruction of the TOURBOGRAPH split-second chronograph perpetual calendar movement, the world premiere of this year’s watch exhibition. It is composed of 1,319 parts and can realize five complicated functions. Three watches made of 18K honey gold “tribute to Ferdinando Adolphe Lange” anniversary commemorative series were released in the world for the first time at the watch exhibition. Among them, the 1815 slim watch is equipped with an elegant 38 mm case. Enamel dial, train track minute scale, Arabic numeral hour markers, hour and minute indicators, the thickness is only 6.3 mm, limited to 175 pieces.

A preview: In order to celebrate the 175th anniversary, Lange’s “Saxon Precision Watchmaking Legend 175th Anniversary Tour” held in China was also launched at the current watch exhibition, and then it will go to Chengdu and Nanjing.

BAUME & MERCIER founded in 1830, ushered in another transformation on the occasion of its 190th anniversary. The exhibition hall is presented with a staggered swing display combined with Nordic style, exuding a refreshing temperament.

In terms of new works, the Cliton Baumatic series uses self-made movement, 5-day power reserve, gradient dial, moon phase, perpetual calendar and other functions supplemented with stainless steel or rose gold materials, highlighting BAUME & MERCIER’s interpretation of contemporary celebrities. The long-awaited Hampton series is more elegant in detail, and the size and function are also extended with several new works. In terms of personal personal personality, in addition to providing lettering for the stainless steel case back, an extra calfskin strap will also be included. Even if it is a gift, it fully respects personal wishes. It can be selected from ocean blue, reef blue, lime green, Choose from 11 colors such as orchid purple, which is a realistic and intimate consideration for fashionable ladies. Gentlemen can choose are absolutely complete for the mens watches. The simple and fast strap changing device allows you to change the colors of the wrist as you like.

There is also a new series of BAUME that focuses on environmental protection. This series focusing on minimalist aesthetics was born out of the professional watchmaking project established by BAUME & MERCIER in 2018. The first BAUME watch in cooperation with the Belgian charity organization Waste Free Oceans, made the case with plastic waste extracts salvaged from the ocean, and the design is also eye-catching. The price varies from RMB 8,000 to RMB 10,000 depending on the movement. The combination of a variety of colors, materials, sizes and functions allows Baume & Mercier’s new products not only to be innovative and full of ideas, but also to catch up with the following C in number.